Traditional Balsamic Vinegar of Modena PDO: the centuries-old history of many families

Traditional Balsamic Vinegar of Modena PDO: the centuries-old history of many families

Balsamic Vinegar is not a modern invention, but a very ancient tradition linked to the Modena area that has its roots in ancient times. And today it is one of the symbolic products of Italian cuisine and Made in Italy. When you talk about Traditional Balsamic Vinegar of Modena PDO, you are referring to an elite product, a true jewel of Italian production that carries the name of the Bel Paese (Beautiful Country) high.

A little history of Balsamic Vinegar

.
Already in Virgil’s Georgics, the custom of cooking must was mentioned, but it was not until September 1046 that ‘that famous vinegar‘, as described in the accompanying letter, was reliably recorded, when the Marquis of Tuscany Bonifacio sent King Henry III, the future Emperor of Germany, a bottle of the precious nectar. The tradition of giving Balsamic Vinegar as a gift became more and more popular, century after century, and aristocrats very often gave it as a gift as an absolutely precious product.

Century after century, the city of Modena became so renowned at all courts for this particular product that, by the end of the 16th century, documents can be dated in which the Ducato Estense speaks of Traditional Balsamic Vinegar of Modena as an enrichment for the tables of all aristocrats. 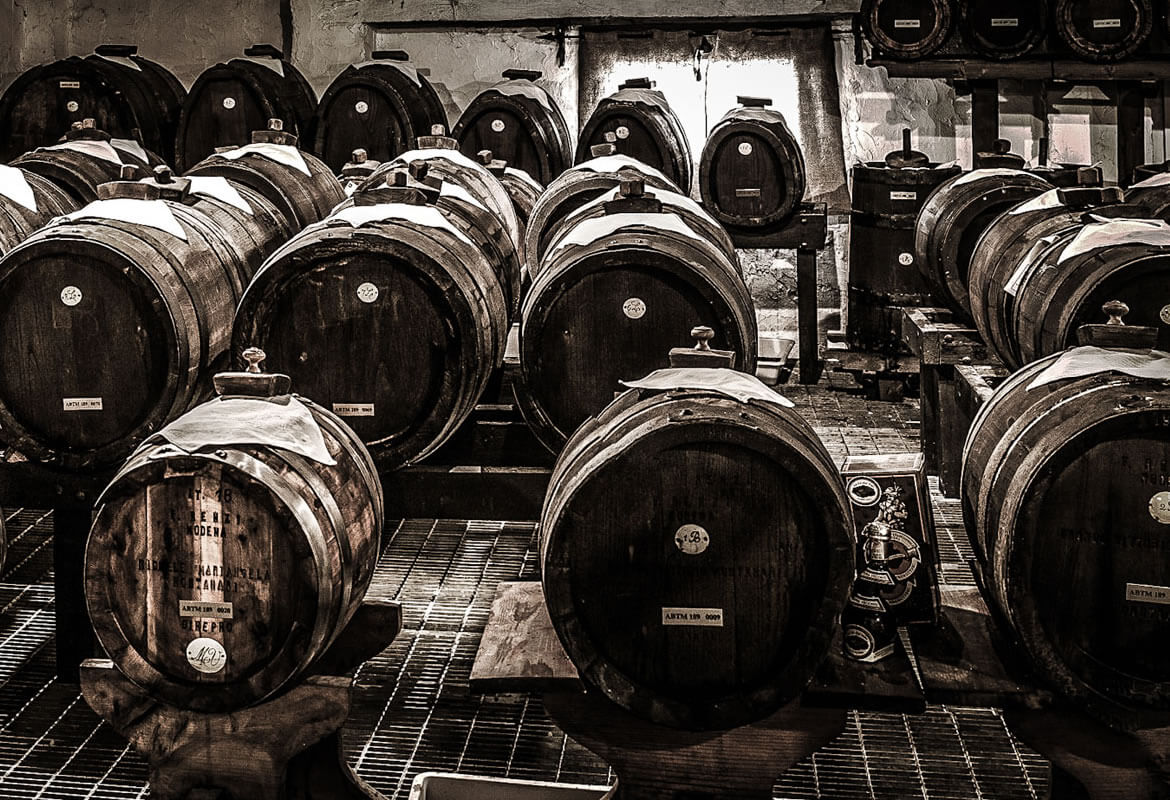 .
The tradition of Balsamic Vinegar in the Modena area is very old, as we have seen, and has enjoyed the favour of connoisseurs for centuries. A true legend for discerning palates. To defend this prestige, many families, generation after generation, have dedicated themselves to maintaining this historic tradition. The Modena area is in fact rich in vinegar factories with a family history that is inextricably linked to history, with a capital S, and to the development of vinegar processing.

Even today, Balsamic Vinegar of Modena is considered a true resource of the land to the extent that it is commonly referred to as the Black Gold of Modena. The pinnacle of pinnacles, as far as balsamic vinegars are concerned, is to be considered the Traditional Balsamic Vinegar of Modena PDO, the true benchmark of high quality. To produce this type of vinegar, it is necessary to scrupulously comply with all the directives of the infamous ‘Unique Production Regulations‘ that regularise every stage of processing.

The preparation must be absolutely natural, artisanal and traditional. Not only does this type of product have to undergo a major refining or ageing process to offer its unmistakable flavour. The market for balsamic vinegars offers various certifications and the quality varies greatly according to them. For example, for Traditional Balsamic Vinegar of Modena PDO there is the certification ‘extravecchio‘ that guarantees an ageing of at least 25 years.

One can well imagine that this type of processing leads to the development of bottles of absolute value that can be considered true masterpieces that will give taste to even the most refined and sophisticated tables. Just a few drops of the precious nectar will suffice to give meaning to any dish, to embellish any dish, to make any delicacy special, to fascinate even the most discerning palate.

Manage Cookie Permission
In order to provide the best experiences, we use technologies such as cookies to store and/or access device information. Consenting to these technologies will allow us to process data such as browsing behaviour or unique IDs on this site. Not consenting or withdrawing consent may adversely affect certain features and functions.
Manage options Manage services Manage vendors Read more about these purposes
Display preferences
{title} {title} {title}

Sign up for the newsletter and you will receive a 10% discount coupon for your first purchase!