history of alsamic vinegar of modena 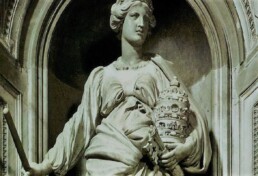 A piece of Modena balsamic vinegar history: the monk Donizone

The history of balsamic vinegar of Modena has its origins in the distant past. It hides incredible episodes and curiosities that can make this typical product of our territory even more special. One piece of this history bears the "signature" of the monk Donizone. Do you know what it is and what happened a long time ago? We'll tell you today.

A monk and his poem never delivered to the protagonist

.
Between the 11th and 12th centuries, there lived a Benedictine monk called Donizone. He lived in the monastery of Canossa, of which he later became abbot. The monk wrote 'Vita Mathildis', a poem in two books, whose actual title was 'De principibus Canusinis'. But why did this monk become part of the history of Modena balsamic vinegar?

In these pages the monk recounted a part of the life of Countess Matilda of Canossa, more precisely what happened in her last years. At the end he had to add a chapter about her death. The latter occurred in July 1115, before she could read the work written especially for her. An additional, final chapter was devoted to the arrival of the emperor Henry V at Canossa in the spring of the year after her death. 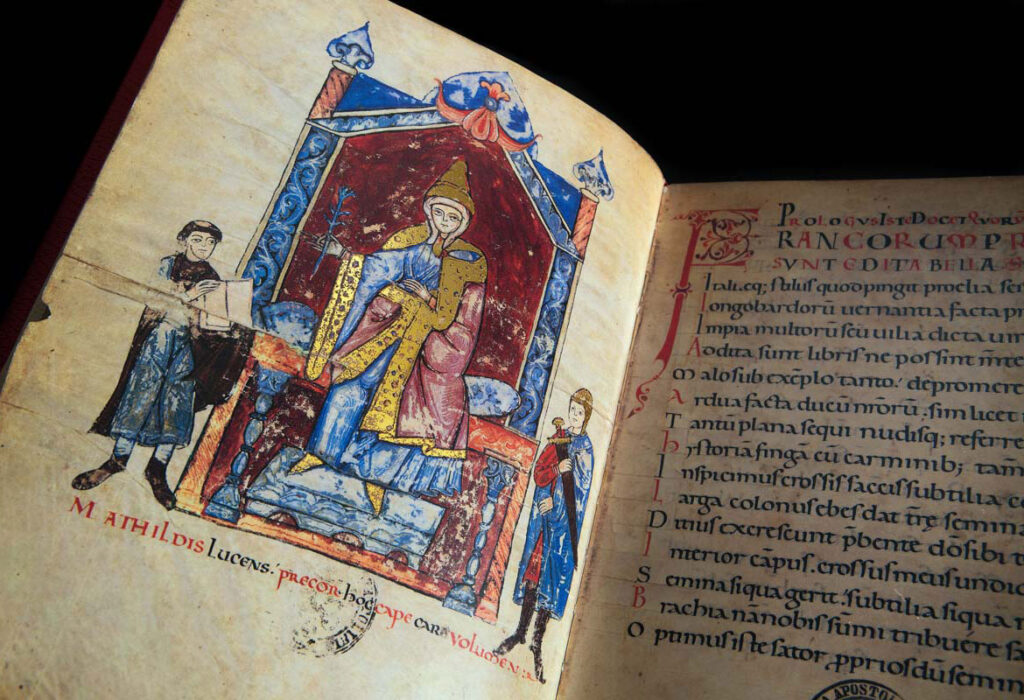 From heroic deeds to the history of balsamic vinegar of Modena

.
The monk's intention was to write a poem praising the Canossa dynasty and Countess Matilda, making the entire lineage even more heroic in the eyes of readers. For this reason, the man took great pains to emphasise every important event.

The monk was the only witness to many real events and it is these that give life to his poem. Among his tales there is also the part that intersects with the history of balsamic vinegar of Modena. In fact, the text recounts that in Matilda's time balsamic vinegar was produced. Donizone spoke of this nectar that, in 1046, was produced in the fortress of Canossa.

When the king and future emperor Henry II passed through the territory of Piacenza, they sent a messenger to Matilda's father, Marquis Boniface. They asked him for some of the much appreciated and praised vinegar. The marquis sent the emperor a gift of the balsamic vinegar produced in his fortress, stored in a precious silver cask. This fact is now part of the history of balsamic vinegar of Modena and of our tradition, and makes us understand how much this food was already appreciated at that time.

.
The monk Donizone never used the word 'balsamic' in his texts. This, however, should not give rise to any doubts. The vinegar he speaks of is the one we know today and the one that was produced in the fortress of Canossa, but the attribute balsamic came more recently. To be precise, it was used for the first time in 1747 in the Registro delle vendemmie e vendite dei vini and in the ducal inventories of the Reggia Estense in Modena.

.
In short, balsamic vinegar has its origins in the distant past. The hypothesis is that it was born by chance, thanks to a person who forgot cooked grape must (saba, still used today as a sweetener) in a jar. After a while, he noticed it and tasted it.

The vinegar-making process had already begun, and from that tasting, the production process that we know today was gradually born, a process that was also experienced by the family of Countess Matilda. If it hadn't been for the monk Donizone, who knows whether we would still have known this small part of the history of balsamic vinegar of Modena at the fortress of Canossa!

Manage Cookie Permission
In order to provide the best experiences, we use technologies such as cookies to store and/or access device information. Consenting to these technologies will allow us to process data such as browsing behaviour or unique IDs on this site. Not consenting or withdrawing consent may adversely affect certain features and functions.
Manage options Manage services Manage vendors Read more about these purposes
Display preferences
{title} {title} {title}

Sign up for the newsletter and you will receive a 10% discount coupon for your first purchase!